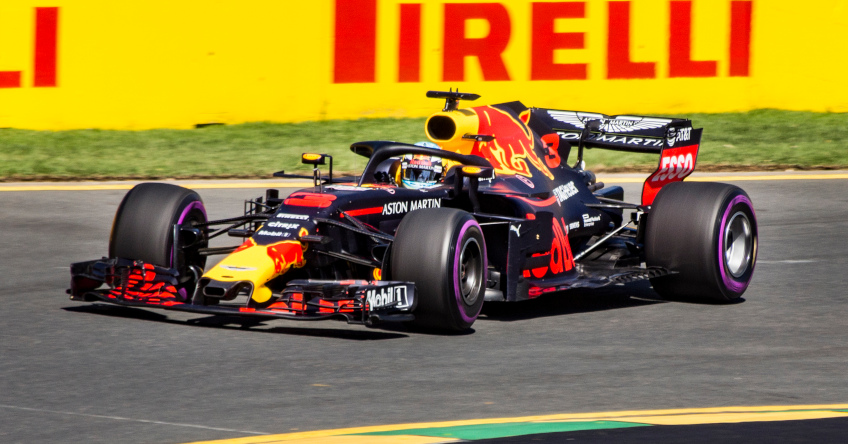 Not since Nico Rosberg’s victory in 2016 have we seen two drivers going head to head as closely as Hamilton and Vettel – and it’s been a lot longer since we’ve seen two teams fighting for both the drivers’ and constructors’ World Championships.

Lewis Hamilton and Mercedes got there in the end, but what a Formula 1 season it’s been! This has been the first season in a long time – perhaps ever – where I’ve been gripped from beginning to end. I’ve watched every qualifying session and race, and a fair number of the practices, too, where possible. Here are my high and low points of 2018…

The good: The competition was the talking point this year, and within the first four races we’d seen three different winners from three different teams. Lewis Hamilton and Sebastian Vettel were going neck and neck right up to the summer break, when the balance started to shift towards the reigning champion, who put together a string of wins in the second half.

There was also a close battle between the mid-table drivers for the coveted seventh place, and all this action on the scoresheet was backed up by some solid on-track action, with many memorable passes and collisions over the course of the 21 races. Young Sauber driver Charles Leclerc made frequent appearances in these tussles and did enough to seal a move to Ferrari this winter. It will be fascinating to see how he performs next season.

The bad: Unfortunately, the second half of the season didn’t quite live up to the first. After making a baffling error and crashing out from the lead at Hockenheim, Vettel never really got his competitive edge back and only won one more Grand Prix, in Belgium. Ferrari chased as hard as they could, but in the end it turned into another Hamilton-Mercedes whitewash.

While the competition was interesting to watch, the need for an unofficial Formula 1.5 championship only highlights the chasm between the top three teams and the rest, and many drivers still had problems following others due to the dirty air generated by the cars’ aerodynamic elements – an issue the FIA will hope to fix with 2021’s rule changes. Perhaps the worst moment for racing this year, however, was Mercedes’ team orders to allow Hamilton to win the Russian Grand Prix – an artificial result that ultimately prevented teammate Valtteri Bottas from clinching third place in the drivers’ championship. Instead, he finished fifth.

The good: Whatever your opinion on the halo (and it did show its worth a couple of times this season), the cars of the last couple of years have been the best-looking for a long time – the closest we’ve seen to the beautiful models of the 1980s and 1990s. It’s just a shame that the 2021 concepts look like a step in the other direction – an attempt to make F1 look “futuristic”.

The few Red Bull wins sprinkled through the year were nice to see, and perhaps the most satisfying was in China, where the team’s strategy was spot on to squeeze in a double pit stop under the safety car. An honourable mention also goes to Kimi Raikkonen’s pit lane feint to try to fool Lewis Hamilton on his way to winning a dramatic US Grand Prix.

The bad: Engineering can be a double-edged sword, and nowhere did we see that more clearly than at Red Bull this season. Daniel Ricciardo had to retire from eight races this season, primarily due to reliability problems with the team’s Renault engines. We’ll see, then, whether his fortunes change when he’s driving for Renault themselves in the new year.

Ferrari’s mid-season fade – both in terms of strategy and engineering – was disappointing. It later emerged that its upgrades had actually been slowing its cars, and their performance improved for the final races after they removed them. It was another poor season for Williams and McLaren, which meant an underwhelming send-off for Fernando Alonso.

The good: This was the first season since Liberty Media took the reins of Formula 1, which meant an overhaul for its branding and presentation. It all looked quite slick for the most part, with far more use of photos of drivers helping to put faces to the cars and helmets fans spend most of their time watching. The new halo speedometer graphic was also clever use of space.

A new theme tune written by movie composer Brian Tyler was introduced. I’ll admit this took some time to grow on me, but eventually I really started to enjoy it. The intro sequence featuring the drivers followed by the tense backing as Crofty introduced the circuits became a staple of Sunday afternoons and really helped to raise the excitement levels before each race.

The bad: There were some hitches, however – many of which were unresolved even to the end of the year. The all-caps font now used in many places can be unreadable, and some of the graphics prioritise aesthetics over purpose – for example, when the left-hand sidebar expands to show battles, drivers’ photos appear but the timing data showing their gaps is gone.

Without a doubt the worst addition to the presentation package for 2018 was the number of digital overlays used, whether they were cringey slogans on virtual billboards (“Seb push now”, “Engineered insanity”) or in some cases elements that actually obstructed the track, like having the cars drive through an ugly superimposed Heineken star.

The good: I have three favourite moments from this season. The first was Daniel Ricciardo’s win and subsequent belly flop celebration in Monaco, having spent the bulk of the race holding off the challenge of Sebastian Vettel with car problems. It was nice to see him take the win, even if the rest of the season didn’t exactly pan out as he would have hoped.

Second was Kimi Raikkonen’s win in the United States – a well-deserved victory in an exciting race, his first success since Australia 2013, and perhaps his last win in Formula 1 considering his move to Sauber for 2019. Finally, whatever your thoughts on the three drivers involved, the synchronised Hamilton, Vettel, and Alonso doughnuts in Abu Dhabi were a beautiful way to see out both the 2018 season and Alonso’s amazing Formula 1 career.

The bad: On the track, the worst moment was undoubtedly Vettel’s crash in Germany, which turned out to be the moment it all went wrong. Off of it, there were plenty of candidates, including Will Smith’s radio message to Lewis Hamilton and antics in Abu Dhabi, the bizarre epileptic’s nightmare that was the Singapore parc ferme, and the number of grown adults running around the paddock attempting to take selfies with disinterested Formula 1 drivers.

This has been the most exciting Formula 1 season in years, and I hope the racing gets even closer. Who knows, we might even see a non-Mercedes driver take the championship. It will be interesting to see how some of the young drivers develop next year – in particular Charles Leclerc at Ferrari. Liberty Media have to be careful not to annoy fans by bowing too far to sponsors or Americanising the presentation too much, but overall the new branding is a step up. 2019 looks set to be just as good as 2018 – it’s going to be a long winter…

Looking for the comments? My website doesn't have a comments section because it would take a fair amount of effort to maintain and wouldn't usually present much value to readers. However, if you have thoughts to share I'd love to hear from you - feel free to send me a tweet or an email.
« Python tools for Windows forensics: Parsing Prefetch program data
Cyber skills gap: Raising awareness of cyber security opportunities »