Rise of DedSec: Why Watch Dogs 2 is the best hacking video game so far 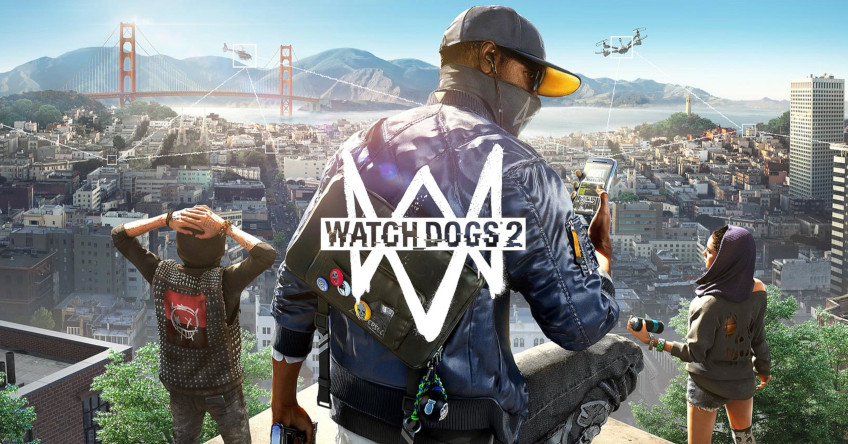 It took me a while – the game was released in late 2016 – but I’ve finally finished Watch Dogs 2. After playing the first game, I was pleasantly surprised at how well the sequel adapts hacking for entertaining gameplay while giving a nod to the real-life scene.

The original Watch Dogs was an interesting concept marred by cut-back execution, a grey environment, and a truly unlikable main character. Gruff monotone Aiden Pearce prowled the streets of Chicago, and while the ability to peer into any character’s private life through his magical hacker phone was cool, the hacking mechanic was one-dimensional and the story usually pushed you to pick up a gun and start shooting anyway. It wasn’t a bad game, but to put it simply, it was dull.

Enter 2016’s Watch Dogs 2, which turns all that on its head. Lone wolf Pearce is gone, replaced by Marcus Holloway – a younger, more lighthearted character who has backup in the form of hacktivist group DedSec. The grey blocks of Chicago have been swapped out for the colourful expanses of San Francisco. Nearly every hackable item now has several different functions. And it’s now possible to navigate most missions without detection, making use of your new RC jumper and quadcopter.

The DedSec team can sometimes take the game too far in the other direction – there’s a guy with a digital mask that he never removes, for example. They’re extremely meme-happy (particularly in their PR videos) and nearly every line is some sort of quip or pop culture reference. But they’re still a lot more interesting than any character in the previous game and anyone in cyber security will appreciate the nod that Ubisoft was attempting to give to the hacking community and issues in the industry.

The game’s story reflects that. It takes a bit of a cliched “rise up against big business” stance, but this enables it to take a tour of Silicon Valley’s most famous companies. I can recall parodies of Facebook, Google, Apple, SpaceX, and Uber to name just a few, and while the main focus is always on sneaking and hacking your way through their facilities, the missions were varied enough to keep me pushing on (albeit with a long gap in the middle while the game gathered dust on my shelf).

In between all that, Watch Dogs 2‘s world still isn’t as fleshed out as Grand Theft Auto V‘s San Andreas, but it’s a lot more interesting to explore than its predecessor’s, with collectables and small pockets of enemies guarding cash and intel dotted around for good measure. And while the AI isn’t the sharpest I’ve ever seen, it can be quite entertaining to set up feuds between the various gangs of San Francisco and the police using your black hat abilities and watch how they play out.

We all know that hacking and cyber security isn’t usually done very well in games, TV series, and films (with the notable exception of Mr Robot, of course). But Watch Dogs 2 is probably the best we’ve had so far. You won’t be running nmap and causing chaos with Meterpreter, but the fairly straightforward hacking mechanic is at least surrounded with enough tech talk and pseudo-command-line interfaces that it feels like the game understands what’s going on behind the scenes.

And as a game, this is a lot more polished and contains a lot more variety than the original Watch Dogs. At this point it’s also fairly cheap, so I’d suggest any gamers in the cyber security community who haven’t played it give it a go. With rumours that Watch Dogs 3 will be set in London, I’m looking forward to seeing where else Ubisoft take what is now gaming’s premier cyber series.

Looking for the comments? My website doesn't have a comments section because it would take a fair amount of effort to maintain and wouldn't usually present much value to readers. However, if you have thoughts to share I'd love to hear from you - feel free to send me a tweet or an email.
« The Twitch streamer who wastes tech support scammers’ time
Update: I’m back, and Def Con has inspired me to get hacking »