Here are some of the best things I did, saw and ate in Japan

I’ve just arrived back in the UK after spending nearly two weeks travelling across Japan, visiting Tokyo, Nagoya, Osaka and Kyoto. Before I get back to work and the memories start to fade, I wanted to put pen to paper and share some experiences, thoughts, and photos.

I have a couple of disclaimers for this post. Firstly, it would be impossible to write about everything I did and saw during my holiday, so these are just some of the highlights, and not strictly the most important or impressive ones. Secondly, although some of the items have a slightly geeky slant, this is definitely a post for the Off-Topic category. Don’t expect me to start reviewing the state of Japanese cyber security here!

Overall, though, Japan was a fantastic experience that I’d recommend to anybody. I hope I have the opportunity to return sometime soon, perhaps to spend more time in Tokyo, and I hope the bits and pieces below provide some inspiration to anybody planning their own trip. 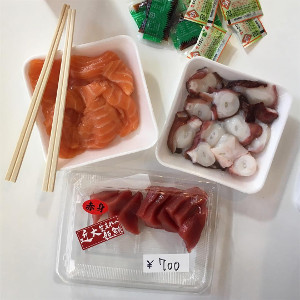 One of my favourite experiences in Japan was walking through the Tsukiji fish market in Tokyo. This bustling area consists of a few very crowded streets of stands and two large market buildings, which have stalls on the ground floor and space to eat upstairs. There was far too much fresh seafood to choose from, but we settled on some salmon and tuna sushimi and my first ever octopus, which tasted much better than I thought it might have. 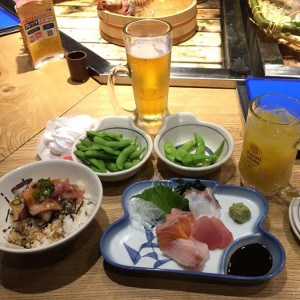 Just a few metres from our hotel in Osaka was an izakaya where almost every dish cost just ¥300 (I’m told it was part of a local chain). Walk in, pull up a stool at the bar, and nearly anything you might want is grilled before your eyes and passed over to you by the chef. It was so delicious and cheap, in fact, that we ended up going two nights in a row to get our fill of sashimi, steak, meatballs, squid, pork belly, and a lot more! 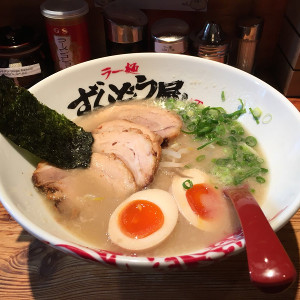 The two above were personal highlights, but the truth is there’s great food in every direction you turn in Japan. Other delicious dishes I tried included the pictured tonkotsu ramen, which again was at a restaurant just a few metres from our Osaka hotel, and okonomiyaki (Japanese pancakes), which were whipped up and cooked by the chef on a frying board in the middle of our table in Umeda before a ride on the ferris wheel. 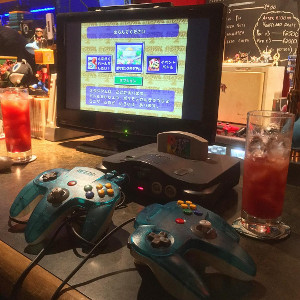 Okay, this is less “Japanese” than the other parts of this post, but I’d forgotten how much fun it was to play games with other people in person! We visited a couple of gaming bars during our tour of Japan, but my favourite was Critical Hit in Nagoya, where after a long day exploring the city we settled down with a Nintendo 64 and a good cocktail to battle it out in Mario Kart 64, Pokemon Stadium, and Goldeneye 007. 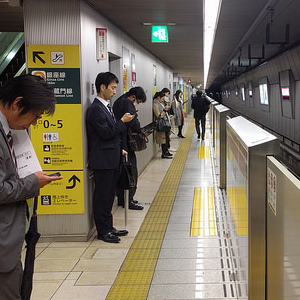 One of the biggest culture shocks on arriving to Japan was the level of etiquette on the Tokyo subway (as well as the others around the country). People queuing for the doors, standing aside to let people off trains, and observing basic courtesies like taking their backpacks off and not talking on their phones was a dream come true as someone used to the London Underground at rush hour. I’ll be in for a shock on Monday morning… 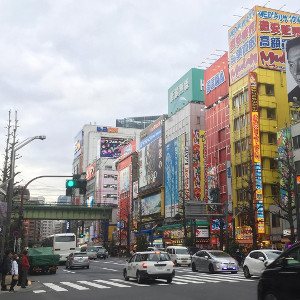 Another one for the other geeks out there – Akihabara is a district in Tokyo that’s full of games shops (that’s video, board, and card games, which seem to be much more popular in Japan) and arcades. Although finding titles proved a challenge when all the names on the spines are in katakana, it was really interesting to browse for a couple of hours, and it seems most of the other major cities have similar – if slightly smaller – areas.

Our last couple of days in Japan were spent in picturesque Kyoto, where we enjoyed a completely different feel to the more built-up cities as we wandered around temples, shrines, and souvenir shops and generally felt more like tourists. When we got hungry, the Nouvelle Japonaise restaurant at Hotel Binario was also a good call for a tasty lunch just a stone’s throw away from many of the landmarks.

Looking for the comments? My website doesn't have a comments section because it would take a fair amount of effort to maintain and wouldn't usually present much value to readers. However, if you have thoughts to share I'd love to hear from you - feel free to send me a tweet or an email.
« I’ve arrived in the wearable future (but time is running out)
Incident triage: Identifying the source of a malware infection »