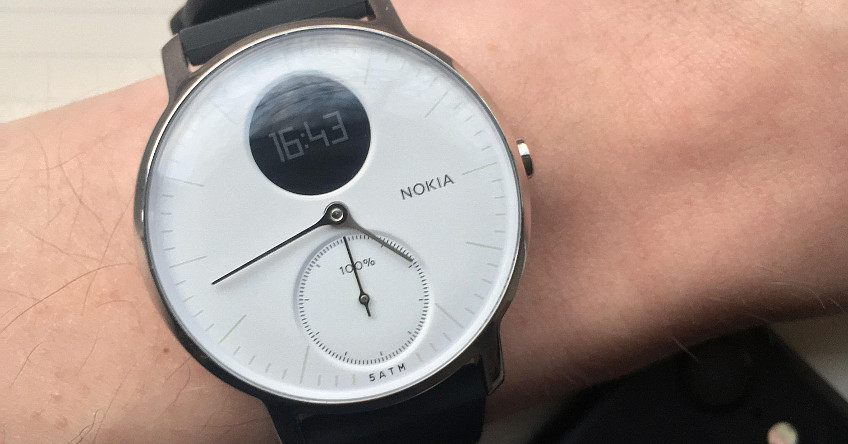 I have a confession to make: I’ve never liked the way the Apple Watch looks. I’ve owned a range of Apple products over the last decade and I’ve always thought they were beautiful and well-polished, but wearing a big silver box on my wrist has never appealed to me.

Unfortunately, this means I haven’t had much choice when it comes to smartwatches. As an iPhone user I always envied Android Wear’s circular faces, but even they were a little bulky (and often ugly – with the notable exception of the Moto 360) for my tastes.

I saw an advert for the Nokia Steel HR by chance when I was on the train to work, and when I searched for the details online I was pleasantly surprised to find that it was affordably priced – compared to the Apple Watch, anyway – and could be paired with an iOS app.

So my journey into health tracking began. The Steel HR tracks my heart rate (which yields some interesting results when I’m more stressed or feel ill at certain points of a particular day), my sleep, my steps, and any exercise I do, and sends it to the neat Nokia Health Mate app. There’s also an API, which I’m itching to put my new Python and data visualisation skills to work on. And it goes without saying that the watch itself looks very stylish, too.

Before I heap too much praise on the Steel HR, though, I should mention that it comes with two big limitations, which unfortunately it seems are only going to get worse:

The big question, of course, is what happens to the Nokia Health ecosystem if the company decides to leave the market? Will another firm buy Withings? Will the technology go open-source? Will the cloud-based data collection service be shut down? Without updates, will the app die with the next major iOS release? Will the Steel HR even continue to work at all?

These are questions I’m going to put to Nokia when I have the time, because I’ll be annoyed if I’ve just bought a product only for its functionality to be immediately reduced. If I get a reply worth sharing, I’ll update this post. In the meantime I’ll just have to stay optimistic.

I’ve hit a tangent and this post has become newsier than I intended, but in summary, the Steel HR is a nice, stylish smartwatch – it’s just a shame how dark its future looks.

Looking for the comments? My website doesn't have a comments section because it would take a fair amount of effort to maintain and wouldn't usually present much value to readers. However, if you have thoughts to share I'd love to hear from you - feel free to send me a tweet or an email.
« What cyber security courses don’t prepare you for
Here are some of the best things I did, saw and ate in Japan »