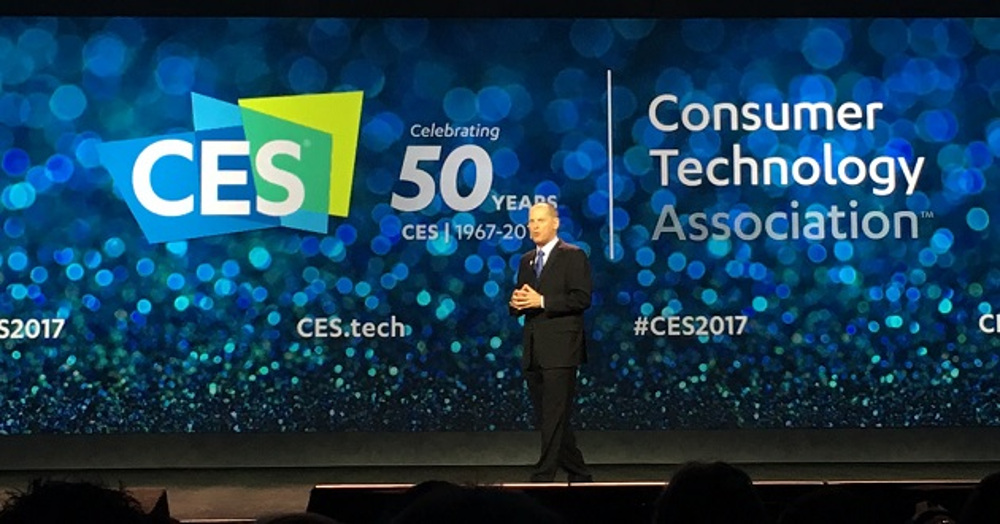 Another year, another Consumer Electronics Show (CES). The annual showcase of the most innovative and extravagant gadgets concluded on Sunday, and as expected it included a variety of longstanding household appliances granted digital superpowers thanks to new WiFi connections.

Summing up what he’d seen in Las Vegas, The Guardian‘s Adam Gabbatt said it was “as though some product developers at the conference had simply wandered around their houses deciding on impulse to implant WiFi into objects”, and looking at some of the output it’s hard to disagree.

Among the reveals were the integration of Amazon’s Alexa assistant into Ford cars (and Cortana in BMW’s), an AI-driven toothbrush and a selection of smart home assistants.

But while some of these products are simply unnecessary or expensive, others are slowly making it less and less possible to avoid succumbing to the Internet of Things. Take LG, for example, which announced at CES 2017 that all of its new appliances will be WiFi-connected.

That might sound good from a convenience standpoint. After all, things like restocking the fridge, setting up the washing machine and doing the vacuuming are all chores, and if technology can help make them easier, that’s great. But there’s a bigger potential cost to all this connectivity that could cost you a whole lot more than the couple of minutes you saved on putting the washing on.

Many Internet of Things devices aren’t that secure, and even those with a little more protection aren’t 100 per cent secure – nothing is. Future headline-grabbing attacks will probably involve ransomware – imagine not being able to turn down your heating or start your car until you pay up to cyber criminals – but we should be just as concerned about the security of our data.

“Who on Earth,” you might ask, “would want to know my home’s temperature, or whether my lights are on?” The reality is that this data could have catastrophic consequences in the wrong hands.

All of the apparently mundane information recorded by your smart gadgets gives clues to your habits. Your thermostat settings might reveal when you’re likely to be out of the house. The number of lights turned on might show a criminal how many people are home. Both of these could be very useful to a hacker looking to steal something of value to your house.

But the march towards the connected future continues, and it seems unstoppable. CES 2017 showed that much with its array of new Internet of Things gadgets. At some point it will be all but impossible to avoid installing WiFi-enabled appliances in your home – we can only hope that manufacturers shore up their security quickly, before it’s too late.

Looking for the comments? My website doesn't have a comments section because it would take a fair amount of effort to maintain and wouldn't usually present much value to readers. However, if you have thoughts to share I'd love to hear from you - feel free to send me a tweet or an email.
« 2017: New challenges for a new year
Yes, your OS needs anti-virus software »