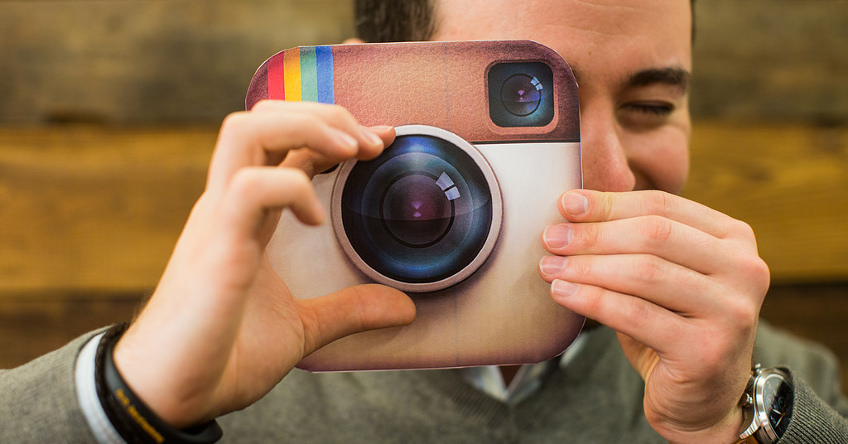 I was aware of the recent stories – an increasing number of people claiming that Facebook’s apps were listening in on their conversations and serving up ads based on what they’d heard – but I’d always thought this assumption was based on ignorance of how online advertising works, and when Facebook denied the claims I thought that was that.

But then I had a personal creepy advertising experience, and it’s one that I can’t explain despite my awareness of the way companies build up profiles to sell us stuff.

I’m going on holiday in the not-too-distant future, and I’m going to need a bigger suitcase. At work I noticed a colleague had a nice one, so I asked him where he got it. In my break I used my work computer, which I should point out has never seen my Facebook profile, to shop around a little and see what was out there. All pretty normal so far, right?

The creepy part came the following evening. I was at home browsing Instagram on my smartphone – different location, different device, different WiFi network, and a profile without any links to my previous browsing – and the most prominent sponsored posts were all for suitcases. I’ve thought about this quite a bit, but can’t explain how it happened.

Even if you buy into the “Facebook’s listening to us all the time” conspiracy theory, it still doesn’t make sense. I’d thought the stories unlikely, but had still revoked Facebook and Instagram’s access to my phone’s microphone as a precaution, just in case. So there’s no chance they were listening through my phone unless they’ve found a way to break Apple’s permissions system (which itself is a much scarier thought).

However Instagram knew I wanted a suitcase, tech companies really need to be careful with this sort of thing. Ads are a necessity for free services, and more relevant ads are better than less relevant ones, but if there’s no obvious link between your online activity and what’s shown, it’s just going to creep people out and drive them away.

Although there was nothing there to explain the suitcase situation, immediately after seeing the adverts I went into my Facebook, Instagram and phone settings and turned off as many advertising and analytics features as I could find. In reality, that means I’ll probably see less stuff I might want and be less likely to make a purchase after seeing an advert.

If companies like Facebook aren’t more transparent about the advertising they show and where it comes from, more people are going to be creeped out. And with companies making less through these social sites’ advertising networks, that’s going to hit their bottom line unless they know where to stop.

Looking for the comments? My website doesn't have a comments section because it would take a fair amount of effort to maintain and wouldn't usually present much value to readers. However, if you have thoughts to share I'd love to hear from you - feel free to send me a tweet or an email.
« Fetching and filtering tweets in Python with Tweepy
Creating beautiful graphs in Python with Plotly »