Why Football Manager is the most addictive spreadsheet ever designed 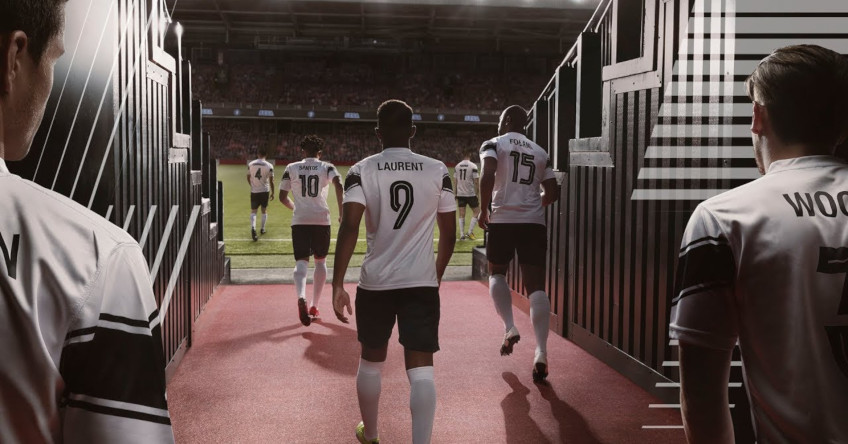 This month’s off-topic post delves into the world of Football Manager – a game I’ve found myself playing again in the last couple of weeks. Here I attempt to explain why the much-loved series has always been greater than the sum of its parts.

If you’ve previously read even a couple of posts on this blog you’ll be well aware that I’m quite into data analysis and manipulation. It should come as no surprise, then, that I’m currently engrossed in a game that’s little more than a glorified spreadsheet. That’s right – I’m back into Football Manager.

A history in Football Manager

There were others before it, but the first football management game I really clicked with was Football Manager 2006. I was given the game for Christmas in 2005 and can remember spending the following days and weeks managing my team while eating the chocolate I’d received and listening to Franz Ferdinand’s You Could Have It So Much Better. A small group of my school friends were enamoured with the game and we’d trade tactics and stories at any opportunity we were given.

At university one of my flatmates was obsessed with Football Manager 2011. Any time he was home I could hear the music coming from his room, where he’d prop the door open and settle in for long sessions guiding a non-league club to glory. I’d occasionally play a little bit myself – I think I had the 2008 or 2009 edition at that point – but the amassing pressures of exams, job hunting, and the world of work (and, let’s be honest, the more dip-in, dip-out gameplay of FIFA) meant _FM _took a back seat.

That continued until 2017. After graduating from the SANS Cyber Retraining Academy I freelanced part-time as a journalist while seeking my first job in cyber security. This meant a lot of free time with little money to go out and do things. When I saw Football Manager 2017 on offer on Steam I picked it up and sank many hours into a save that saw my Bournemouth side make the Champions League places.

On starting work as a cyber security consultant I once again abandoned the game until I spotted it in my library and sped through a couple of seasons at the redeveloped Bournemouth Stadium. While I might not be able to sink the hours I used to into the game, I’ve certainly caught the bug again. 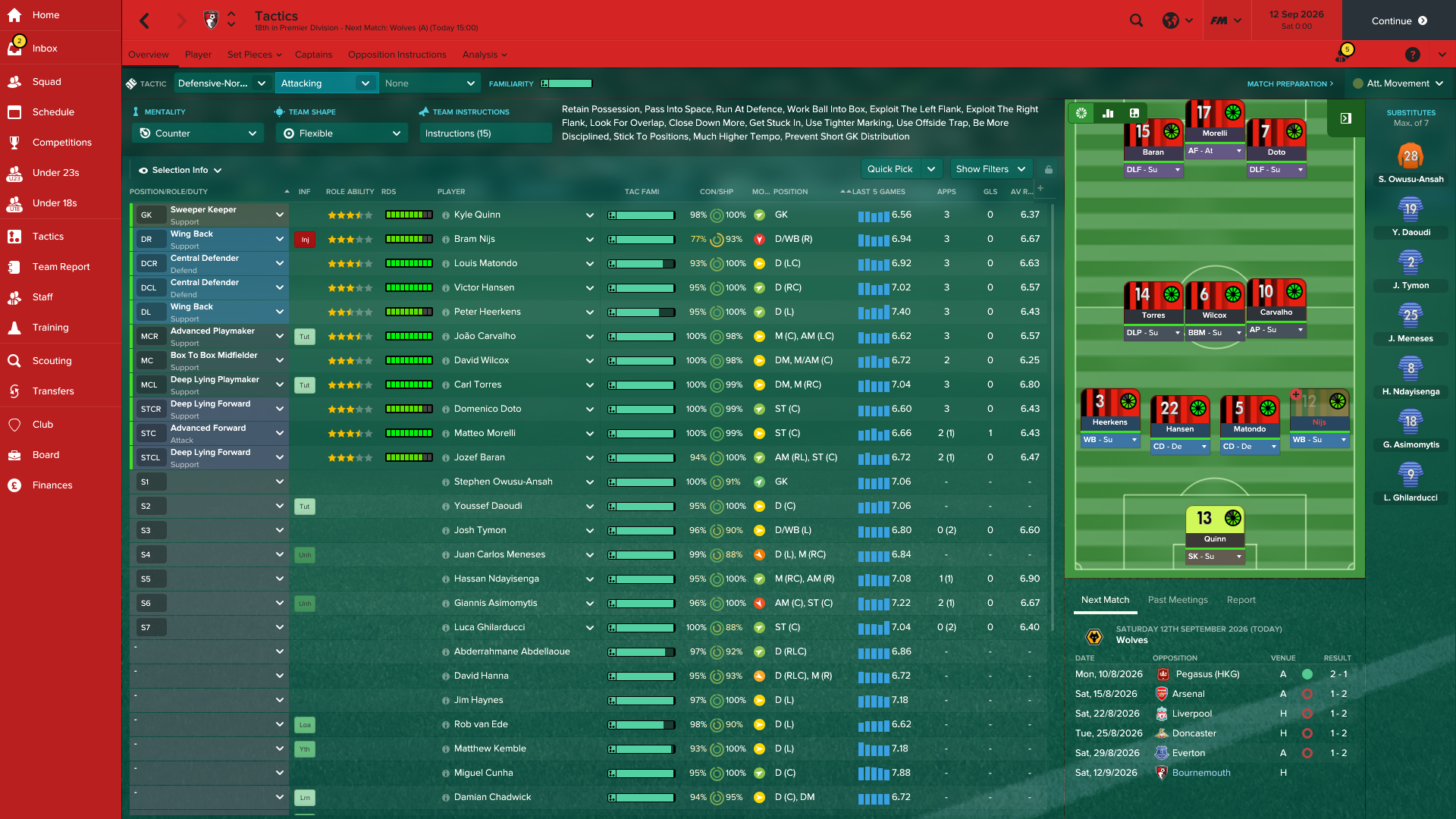 The game has changed somewhat over the years as features have come and gone, but there are some key, ever-present elements that make the _Football Manager _series as engrossing as it is for fans, despite the fact that it’s basically a spreadsheet of teams and footballers wrapped up in a nice GUI.

**1. The stats
** Seasoned players pride themselves on knowing not the content of the database, but how to read it. Your scout’s perception of a player’s ability might be way off if he’s got poor judgement, and your £15 million wonderkid might be destined for a life on the bench if you can’t boost his determination. The mystery around reading the game is only heightened by the fact that Sports Interactive has never fully revealed what goes on under the hood to decide who wins and who loses on the pitch.

**2. The unpredictability
** Your job is never done in Football Manager. All those numbers working behind the scenes can turn your title winners into mid-table fodder or your relegation battlers into giant killers quicker than you might think. There’s always another challenge to take on and another crisis to deal with – usually a key player deciding he wants to leave for Bayern Munich just a few hours before the end of the transfer window.

**3. The narratives
** Probably the biggest factor in this list. Whether it’s your own managerial career, the rise of your current club, or a player’s development from hot prospect to key player, the storylines that emerge in every _Football Manager _save are what keeps fans hooked. The effect is compounded by the small details the developers drop in here and there – when the in-game journalists ask questions about landmark appearances, for example. Some players even report taking on their own sons as youth recruits.

**4. The community
** From my group of school friends 14 years ago to the meme-happy Football Manager subreddit today, the most fun you’ll have with the game is sharing stories and arguing about what makes the game tick. It is possible to play a network game of Football Manager, but the real value the internet adds is the expanded community of players. The tales, challenges, and debates are what keep people coming back. 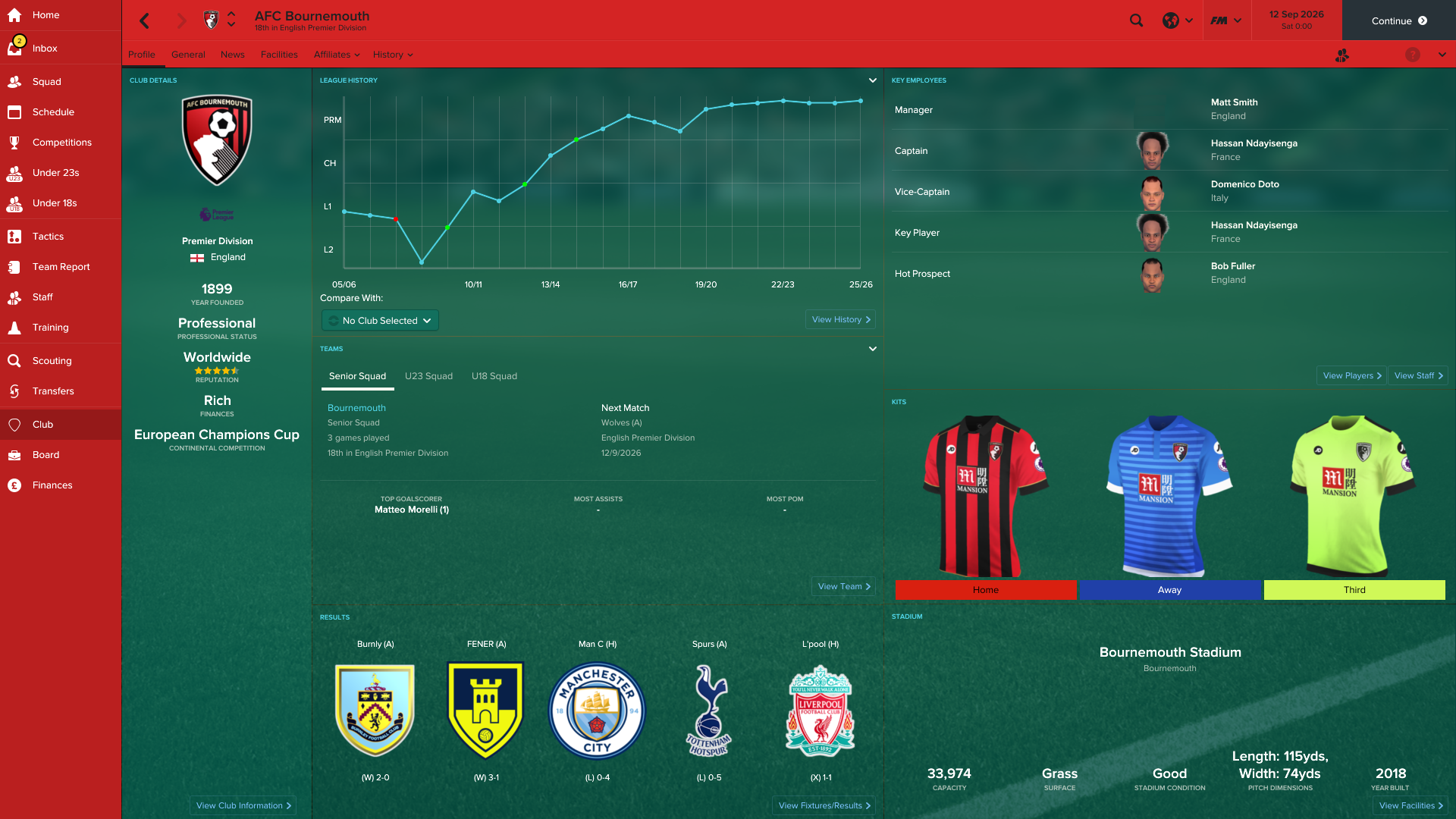 There are few games out there that pay off in the long run like _Football Manager _does when you stick with a club, mould it to your vision, and bring through your own generation of players. And the summary screen above is only the tip of the iceberg of data on your reign for you to dig through.

All of these factors combined are what makes _Football Manager _more than the sum of its parts, and definitely more than the database the whole game is built on. Hopefully all of this sounds familiar to anyone who has played the series, and I hope I’ve also done a good enough job to explain the game to people who have never really understood what all the fuss is about.

But no, I won’t tell you how many hours I’ve logged on Football Manager 2017 on my Steam account.

Looking for the comments? My website doesn't have a comments section because it would take a fair amount of effort to maintain and wouldn't usually present much value to readers. However, if you have thoughts to share I'd love to hear from you - feel free to send me a tweet or an email.
« Python tools for Windows forensics: Windows Security event log
SQL ALTER TABLE: Adding, modifying, and dropping columns in a SQL table »