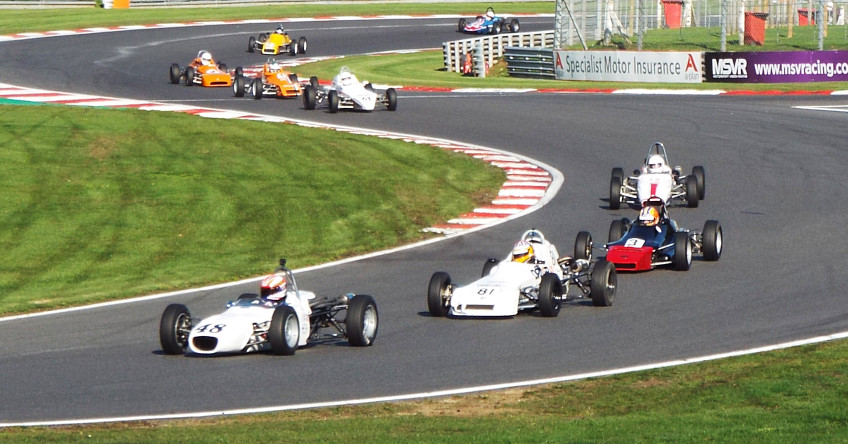 I’ve been meaning to visit Brands Hatch for a long time, so since I’d just passed my GCFE exam I thought I’d head down to Kent for a relaxing day of racing at the Formula Ford Festival.

The first thing that hit me is how modern the facilities at Brands Hatch look. I’d expected an experience similar to my local football club, but from the moment I stepped off the bus it was clear the management hadn’t been skimping on maintenance, with signage that looked almost brand new. Even the bathrooms were clean and modern.

The other thing that stood out on seeing the circuit in the flesh for the first time was the large change in elevation over the course of the lap. Brands Hatch essentially spans two hills and the valley between them, and from the Paddock Hill Grandstand (which was free to sit in on the day I attended) you could see almost every inch, from Druids to Clark Curve. 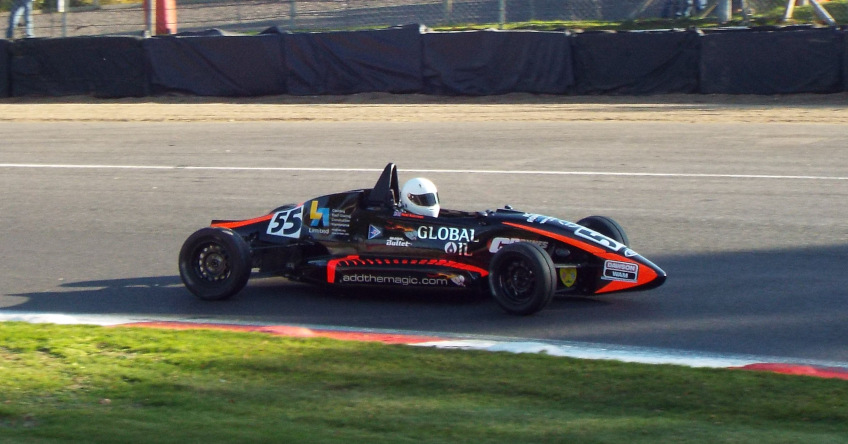 That said, it was a bright autumn day, and having squinted into the sun from Paddock Hill for a while I went to try some different viewpoints. You’re able to roam pretty much wherever you like at Brands Hatch, and through the day I wandered practically the entire track, watching from Paddock Hill Bend, Hailwoods Hill, and Clearways at various points.

My favourite place of them all, however, was the inside track at Druids. By standing right on the inside of the curve you can get a great up-close look at the cars and see the fine detail of some of the on-track battles. There’s also a tree stump that makes a great spot to sit and watch the cars speed up Hailwoods Hill, under the bridge, and towards the hairpin. You can look in any direction for a different view and see most of the circuit without moving, making it possible to track interesting tussles as cars head down to Graham Hill Bend.

So Brands Hatch itself was an interesting, modern, and often picturesque venue, but what about the actual racing? It was… actually better than I was probably expecting.

Formula Ford, which has served as a stepping stone for big Formula 1 names like Jenson Button, features open-wheeled, wingless cars that can reach speeds of 130mph. I attended the Saturday running of the annual Formula Ford Festival, for which several qualifying sessions and races were scheduled, along with sessions involving a few other classes.

The action was back-to-back throughout the day, meaning there was always something to watch. During the morning qualifying sessions I was still familiarising myself with the circuit, watching from different perspectives and taking some photos. For the afternoon, I settled in inside of the track at Druids and really started to focus on the racing.

From the inside of the hairpin I saw some nice, neat passes executed up close – especially during a particularly close race that saw the top four runners separated by a fraction of a second for the full 15 laps. Fans weren’t disappointed in terms of incidents, either, with a few scrapes, several cars stuck in the gravel, and a couple of rather odd comings together: one between a frontrunner and back marker under blue flags, and one when the safety car was deployed and several drivers collided as the cars bunched up behind it. 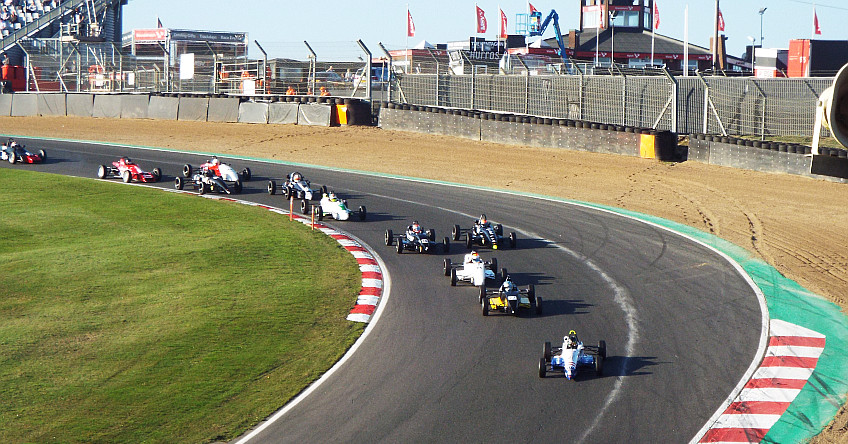 All of this was made all the more enthralling by the fact that I was so close to the action. You can hear the squeal of the tyres, smell the fumes, and see the rear right wheel of the cars struggle to cling to the tarmac as they take the downhill right of Paddock Hill Bend. Even after several hours sitting and watching the racing, you just can’t take your eyes off it.

I’ll definitely be returning to Brands Hatch – when it can be comfortably reached within an hour from London Victoria, it’s too close not to – but my day at the Formula Ford Festival has also whet my appetite for live racing. We’re about to head into the winter break, but come 2019 I can see myself travelling around the UK to visit a few more circuits…

Looking for the comments? My website doesn't have a comments section because it would take a fair amount of effort to maintain and wouldn't usually present much value to readers. However, if you have thoughts to share I'd love to hear from you - feel free to send me a tweet or an email.
« SANS FOR500: I’m now a GIAC Certified Forensic Examiner
Review – Threat Modeling: Designing for Security by Adam Shostack »