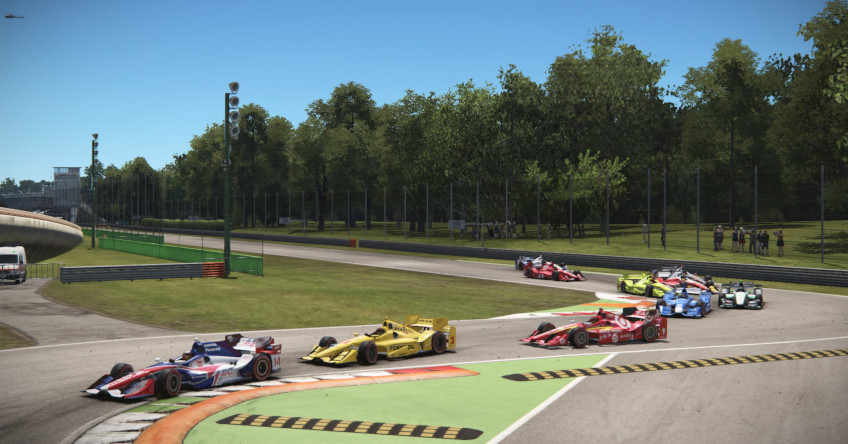 I recently wrote about how to find a good setup in Project Cars 2. A few races down the line in my IndyCar league, I thought I’d cover what I’ve learnt about how to approach race weekends and find the setup and strategy that will get you the best result possible.

To illustrate how it all works, I’ll focus on my league’s race at Monza, which was (or at least I’m hoping will be, at the time of writing this section) a prime example of how preparation and a little strategic thought can be reflected in a solid result at the end of the weekend.

To set the scene, this was the fifth race of the season and I entered the weekend in seventh position in the championship. The leaders – who are setup experts and presumably use steering wheels rather than controllers for extra precision – were all but uncatchable, but I was aiming to be the best of the rest and earn a respectable fifth or sixth.

So how do you approach your Project Cars 2 race weekend and devise a winning strategy? Fans of immersive sim racing will be happy, because it turns out the answer is very similar to the techniques used by teams in Formula 1 and other series in real life.

Before you even leave the garage, you need to know exactly what you’re up against. How many laps will you be racing? What will the weather be like? What lessons did you learn from your last race? Now is also the time to do your research. Search online for any information that might give you an idea of where to begin modifying your setup on the track you’ll be racing – Project Cars Setup Database is usually a good place to start.

Fire up a Private Testing session matching the conditions of the race and start slow, being careful to keep to the tarmac rather than going for record-shattering hotlaps. Monitor your times, make small adjustments to your setup, and see how they affect your speed. You’ll also need to keep an eye on your fuel consumption and tyre wear, which will give you a good idea of just how long a stint you’ll be able to pull off and what your strategy should be. 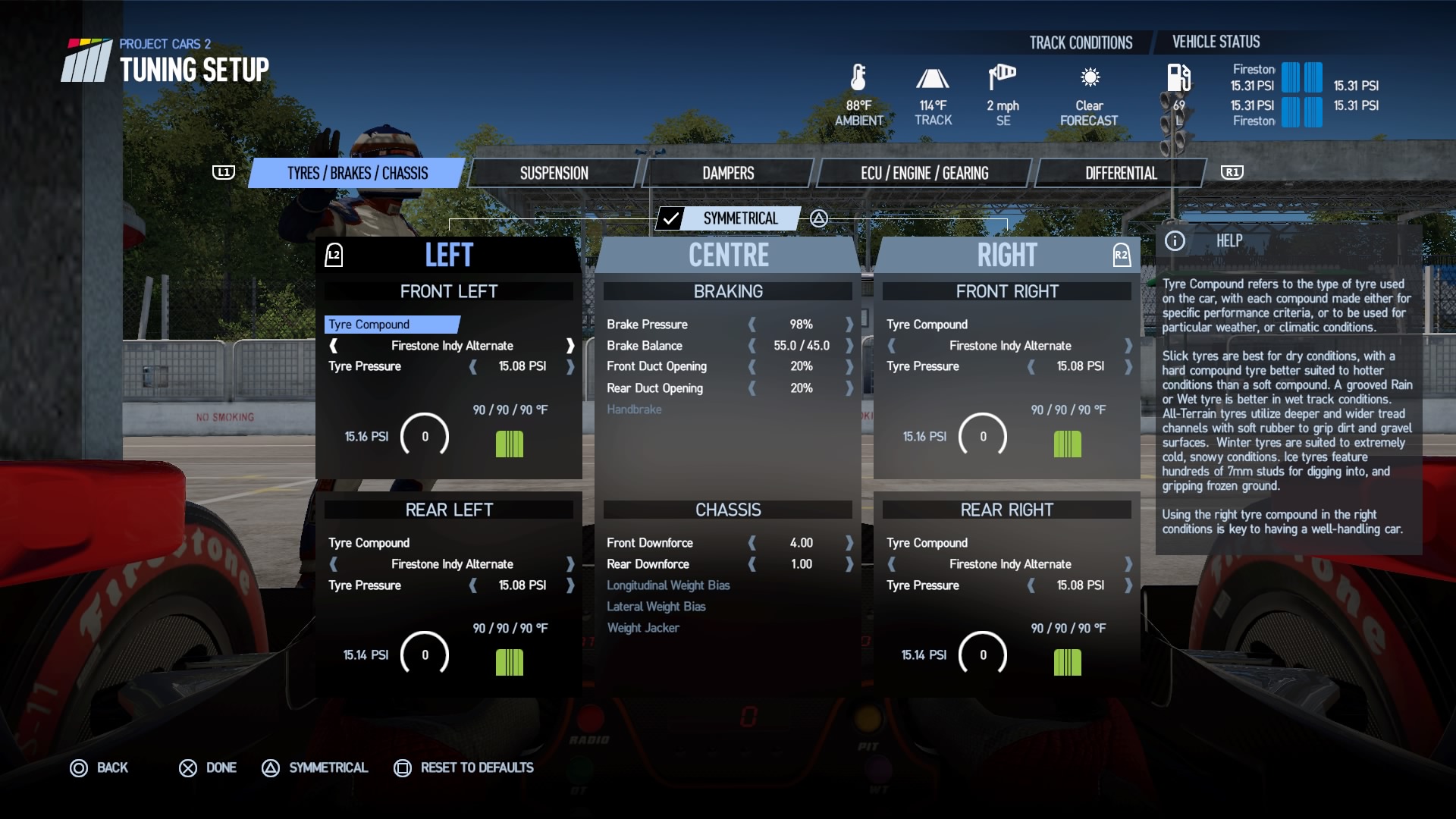 My testing led me to a decent setup for Monza and taught me that I could just about run a one-stop race. The race was 28 laps long and I could carry 14 laps of fuel. A few trial runs also showed I could make a set of alternate compound tyres last 14 laps if I drove conservatively, so I decided that I would pit on Lap 14 for tyres and fuel – a strategy that didn’t leave me a lot of leeway for in-race flexibility but that I hoped would give me the edge over my opponents.

Practice is also the time to check your setups and strategy. I normally configure two setups: a qualifying setup with five laps of fuel on board to get a few fast laps in and a race setup with the fuel load I’ll require for my first stint. Strategy-wise, I checked that I was due to take on 14 laps’ worth of fuel and have a new set of alternate tyres fitted when I pitted, and turned off damage repair so my mechanics wouldn’t waste time unnecessarily on minor knocks.

Once all of this is in place, it’s time for a dry run of the race, which can be done either in Private Testing or in the single-player race mode with AI cars. I opted for the latter, just to add a bit of unpredictability in terms of tyre wear due to on-track battles and overtakes on back markers. Happy that my two 14-lap stints could be pulled off, I was ready for qualifying.

Qualifying can be difficult, and your approach will depend on the rules of your particular championship. My fortnightly IndyCar series runs 15-minute qualifying sessions, so I take a similar approach to the one Formula 1 drivers use in Q3 shootouts: one slower, calmer initial run to get a time safely on the board, and a late second run to take advantage of the track conditions and push the limits a bit more to improve my time.

I usually head out immediately for my first run to take advantage of the clear track. With my qualifying setup equipped, I leave the pitlane as quickly as I can and take it easy on my outlap while ensuring I get some heat into the tyres. Crucially, I make sure that I have enough space – if somebody is too close in front or behind, I slow down a little on the final corners to give myself enough space to launch a hotlap without distractions around me.

As it turns out, I was in for a bit of a shock at Monza. I didn’t quite reach my practice best of 1:31.220 and qualified with a time of 1:32.065, but the difference would only have been one place anyway. My opponents – especially those accustomed to the top positions – had also been working on their setups and their performance was exceeding mine, with some of them reaching a staggering 194mph on the main straight compared to my 187mph. This difference meant I qualified eighth out of a field of ten, but I still had confidence in my race strategy.

Now it’s time to put all that preparation into practice. After qualifying, PC2 takes you to the pre-race screen, which gives you an opportunity to make sure your race setup is equipped and your strategy is selected (the game has an annoying habit of reverting to the default one). Once everyone’s readied up, it’s time to take to the grid and wait for the lights.

Your aim for the first few laps should be to stay clean and build a gap to the car behind – don’t try to be a first corner hero. Watch the wheelspin off the line and apply the accelerator slowly and smoothly, especially if you’re driving an IndyCar. From there, be aware of the cars around you through the first few corners and give everyone plenty of space. Even if it means losing a position, it’s better to avoid a crash and try to make up the ground a bit later. 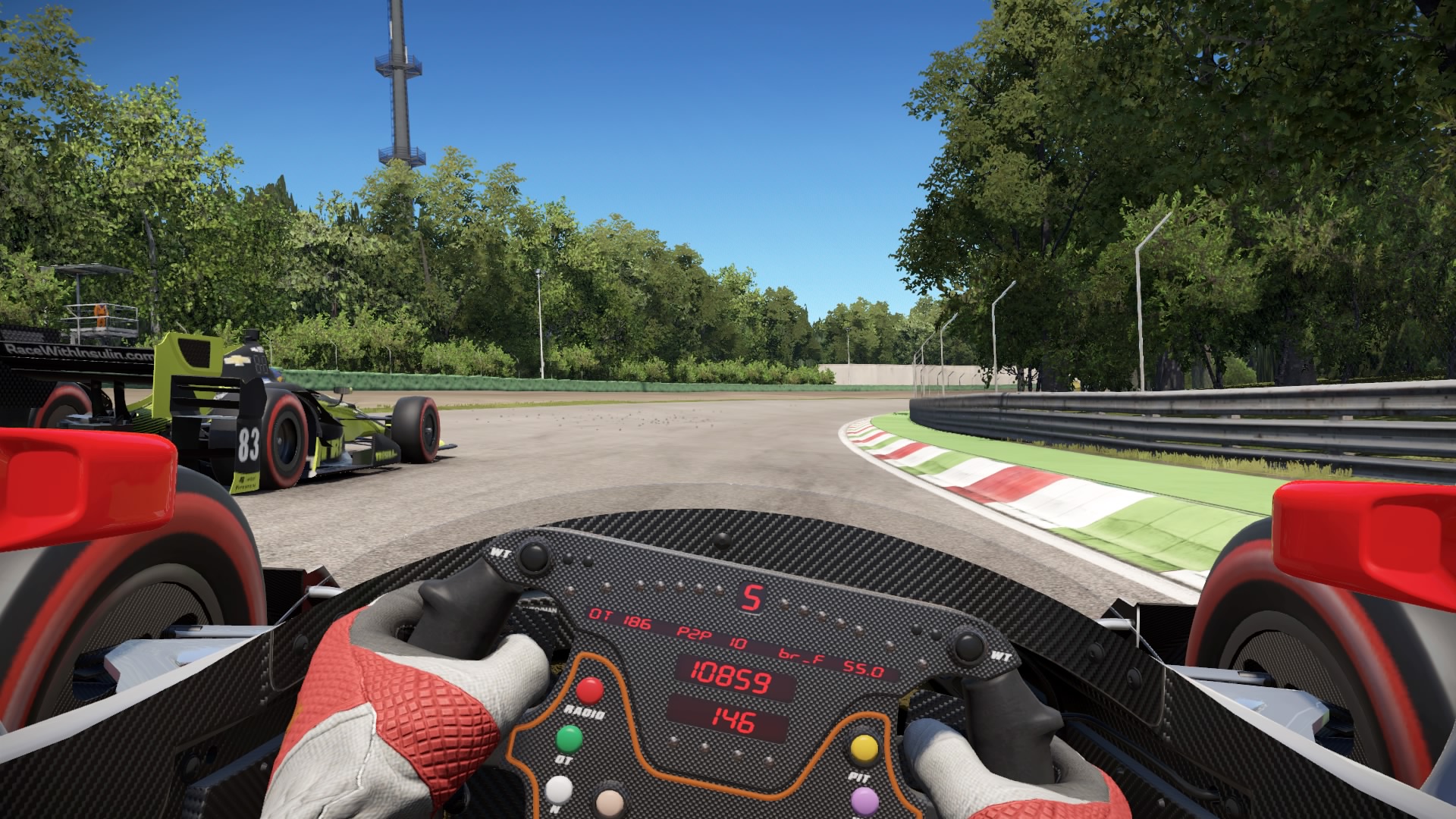 From there, what happens is part up to you, part up to everyone’s differing strategies, and part up to luck. Watch your fuel and tyres to make sure your initial strategy is still achievable, and keep an eye on the interval between you and the car behind you – it could be that you need to push a bit on the laps before your stop to build a large enough gap to come out in front. While events like crashes and weather changes could give you the opportunity to change strategies, its best to keep to what you planned if possible – nothing’s more embarrassing than running out of fuel mid-race after a miscalculation in the heat of the moment.

Other than that, there’s nothing to do but stay consistent and watch the race unfold. Monza was a mixed bag for me – I generally drove quite well, with a clean start and a couple of overtakes sending me up to sixth. However, despite the smooth execution of my pit strategy, things took a turn for the worse when I span out on cold tyres at Ascari and undid my good work. I kept going and ended up eighth. Despite the low finish it was probably my best drive of the season and the first time I was not lapped by one of the runaway winners.

It didn’t quite work out the way I wanted it to at Monza, but my competitiveness despite my error shows the value that a little preparation can bring to race day. Who knows, if you’re more of a deft hand at car configuration than I am then you may even get the edge on your opponents and bring home some silverware at the end of it all.

Got any tips to help me improve for the next race? Leave your advice in the comments below.

Looking for the comments? My website doesn't have a comments section because it would take a fair amount of effort to maintain and wouldn't usually present much value to readers. However, if you have thoughts to share I'd love to hear from you - feel free to send me a tweet or an email.
« Security log analysis: How to group by two fields in Splunk
Review – InfoSec Rock Star: Because Geek Will Only Get You So Far »